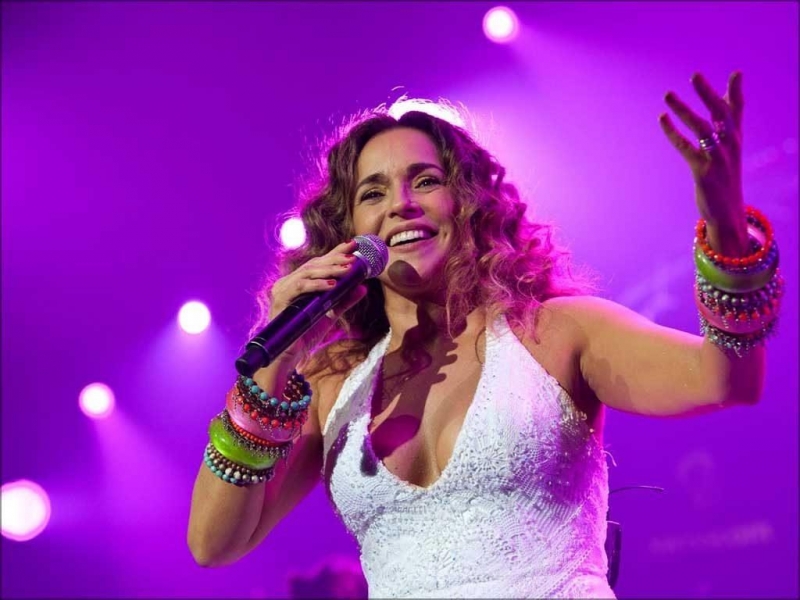 They call Brazilian singer Daniela Mercury The Queen of Axe Music, and her percussive, brashly electric mix of samba, salsa, reggae, and the rhythms of her native Bahia, in the northeast of the country, have made her one of the biggest stars of MPB. At the heart of Mercury's music is the energetic rhythm. "She's a great singer," offered singer and songwriter Chico Cesar, "and she's become one of the biggest stars here while staying true to who she is." It was with "A Primeira Vista," a Cesar song, that Mercury had one of her biggest hits. In 1996 the tine, which was the theme for Brazilian soap opera O Rei do Gado (The King of the Herd), stayed atop the charts for over three months. Ironically, Mercury never set out to be a singer. Born in the city of Salvador, where she still makes her home, "I decided to be a professional dancer when I was 10," and she even went so far as to study dance at college. At 15 she began singing with friends who had a group and "I sang with them. It was bossa nova and the music of Caetano Veloso, Gilbert Gil, Chico Buarque. A year later she was performing in nightclubs. "My father didn't like that, since I was so young to be doing it alone," she recalled. ‘Eventually I convinced him to helped me continue, and my family supported me." By 1986, Mercury was one of the stars of the trios electricos, bands that played on trucks during Salvador's Carnaval, after which "I put my own band together, did a lot of concerts, and sang backup with Gilberto Gil for a while." By 1990 she'd decided to become a solo artist, and hit big a year later with the single "Swing Da Cor" ("Color Swing"). But it was her second album O Canto de Cidade (The Song of the City), a celebration of Salvador, that made her into a superstar, becoming the first album in Brazil to sell more than a million copies. "A lot of the lyrics I've written talk about my city, Brazilian culture, and my love of it. Joy is a value for us. Some countries don't have much possibility of joy, the people aren't happy. The Brazilians are happy." While she could have sat on her laurels, Mercury, who unlike many Brazilian singers writes much of her own material, has continued to push herself. It's necessary, she said; although "I love axe, but I'm not only into one genre. One idea all the time is boring. I want to have a lot of freedom to do new things." "She keeps going," said Cesar, "and she keeps getting better. She never stands still." A singer, songwriter, dancer, producer, actress and on top of that, a television host, Daniela Mercury is a legend in Brazil. Mercury has sold over 20 million records worldwide and had 24 Top 10 singles in the country, with 14 of them reached #1. Later on, she won a Latin Grammy for her album Balé Mulato – Ao Vivo. She also received six Brazilian Music Award, an APCA award, three Multishow Brazilian Music Awards and two awards at VMB: Best Music Video and Photography. "My soul is like my music," Mercury offered. "I have a lot of energy in my heart. And I have Salvador and the sound of percussion in my heart. They drive me." 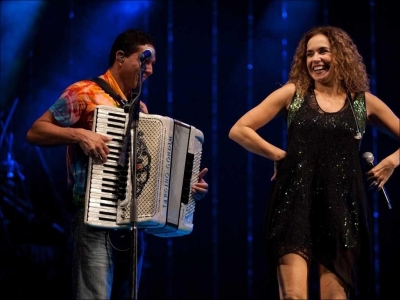 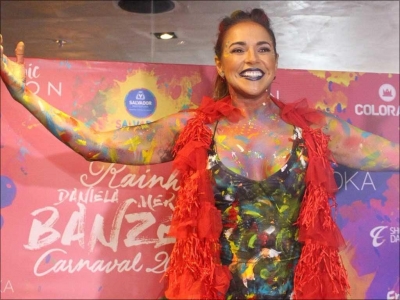 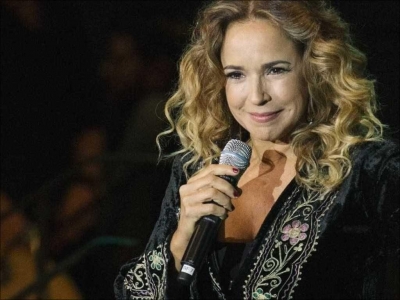